As per the available information, there is no reliable data on its formation and evolution. The group was formed in the early 1960s during the 1962 Baluch insurgency. BLF originally professed to be a Marxist-Leninist liberation outfit, while they were also alleged to be funded by the former Soviet Union. During the 1970s and in 2005 Baluch Students Organization (BSO) had an important role in reviving the outfit

[11]. Most of the available information is in relation to its activities and the profile of its commander Dr. Allah Nazar Baluch and Baluch Student Organization. During the current unrest in Baluchistan, the group has sprung into the limelight after 2005, where it started engaging the security forces in Baluchistan. The outfit has targeted migrant workers[12] and is also alleged to be involved in threatening journalists and media personnel[13].

The outfit propagates violent means for liberation of Baluchistan and denounces any inclusion within the democratic framework within the Pakistani state.

The organization focuses its efforts on recruiting Baluch youth into their cause. They also have presence in colleges and universities in the form of student organizations.

Through the information acquired it is evident that the outfit utilizes both online and offline tools to propagate their message. The following tools are utilized by the outfit:

• Pamphlets
There are no examples of pamphlets available, which are being distributed by the outfit to propagate their cause; but the use of material has been mentioned by the members of the organization[14]. The materials encourage the people of Baluchistan, especially the youth to join the armed struggle.

• Press statements
They give statements to the media in order to promote their viewpoint and also to highlight the various activities carried out by them. These include call for boycotts, protests and hostile engagements with the security forces. These statements mostly appear in newspapers and websites aligned to their ideology and are replicated on their Facebook page.

• Facebook
As mentioned earlier the organization utilizes the social media to promote its activities and glorify the militancy carried out in the province. The press releases by the outfit are replicated over the social media, while their statements are also posted. 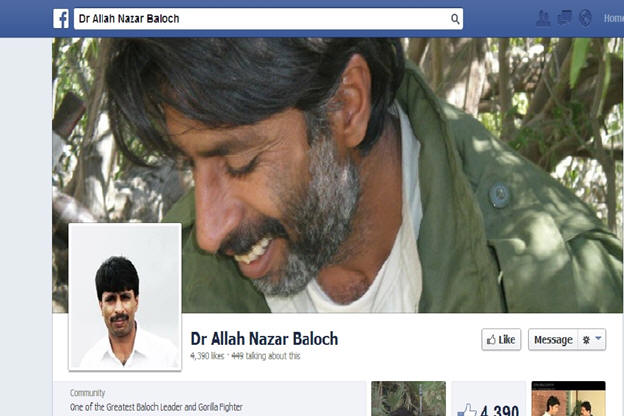 [5] The Express Tribune. (2012). List of banned organizations in Pakistan. Retrived on September 4, 2013. Retrieved from http://tribune.com.pk/story/456294/list-of-banned-organisations-in-pakistan/